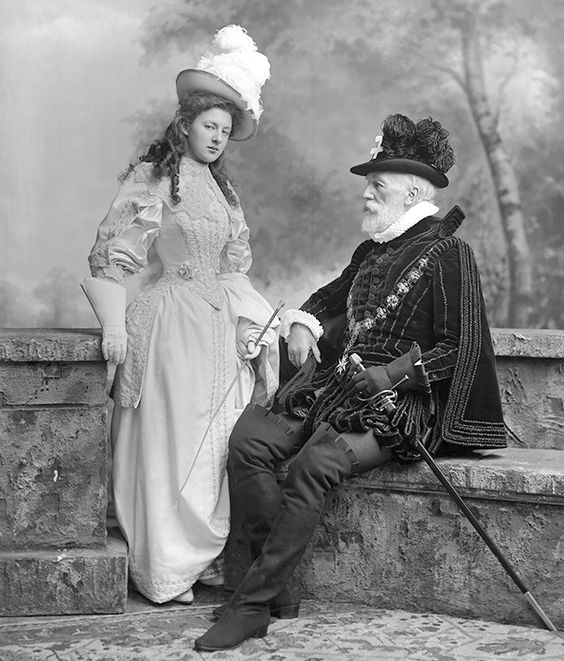 Prior to 1878, Hay was known as Lord William Montagu Hay. Born in Scotland in 1826, he was appointed a member of the Bengal Civil Service in British India, and then later as a Liberal Member of Parliament. Following the death of his brother in 1878, he became the 10th Marquess of Tweeddale and owned approximately 40,000 acres of Scottish Land. Later, William became the Lord High Commissioner to the General Assembly of the Church of Scotland and was also appointed a Knight of the Thistle. In 1881, he was created Baron Tweeddale of Yester, within the peerage of the United Kingdom, giving him a seat in the House of Lords.

Caricature of Hay, ‘The Director’, by Carlo Pellegrini, published in Vanity Fair December 1874

On 18 May 1878, at St Augustine’s Church, London, William Montagu Hay married Candida Louisa. Candida’s father was a Bartolucci, an ancient Florentine family who can trace their lineage to the 14th century and her mother was Clementine Dundas. The Dundas’ were an ancient Scottish clan who were significant figures throughout Scottish history; Sir James Dundas, 1st of Arniston was Governor of Berwick under James VI of Scotland and his son, Sir James Dundas, Lord Arniston, was knighted in 1641 by King Charles I. William Dundas of Kincavel was imprisoned for his involvement in the Jacobite Rising of 1715 and from 1809 Sir David Dundas was Chief Commander of the British Army. 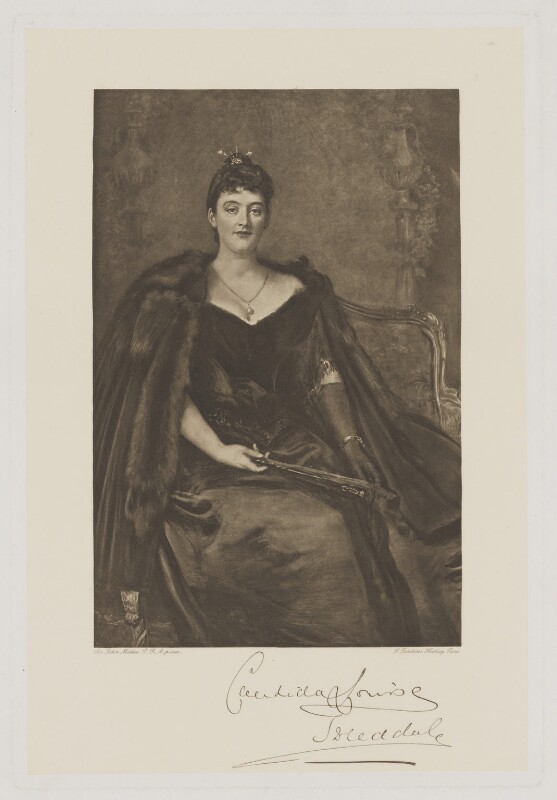 But what’s the connection to Nicholas Wells Antiques?

This astonishing Florentine antique Italian marble center table dates from c. 1870 and is thought to have been given to William and Candida as a wedding gift. The center table has remained in the family until the death of the 12th Marquess of Tweeddale in 1967, following which it has remained within the estate until now.

The impressive central slab is known as ‘Granito Verde della Sedia di San Lorenzo’ or Lapis Ophites, and it is one of the rarest and most important stones. It came from Wadi Umm Wikala, near Wadi Semna, in the Eastern Desert region of Egypt and is considered a stone of antiquity as it was coveted and used by the Romans at Hadrians Villa and Pompei.

It acquired its unusual name because it was used for inlays in the decorative panels of the throne in the Church of San Lorenzo Fuori le Mura in Rome. The ebonised top of the antique Italian marble center table is inset with numerous beautifully shaped & rare marble specimens, the four corners with magnificently angled figured Italian alabaster. The entire frieze and all four legs are inset with superbly figured & carefully matched shaped marble specimens, each set within a shaped gilded recess.

All in all, it is an absolutely stunning piece of furniture, with exceptional provenance and a fascinating history.