Nicholas Wells Antiques is  proud to present a sneaky peak into some exciting new stock – Josiah Martin and Elizabeth Pullman: the Maori Collection. Please do get in touch if you are interested in any of the photographs shown, as all are currently available!

Josiah Martin and Elizabeth Pullman’s photographs of New Zealand, the surrounding islands and the people were hugely popular during the second half of the nineteenth century and can be found today in major museum collections all over the world. At the height of empire, their images fed the desire for exoticism and the people, whose culture was so different to that of Europeans, emphasised the global impact and power of the British Empire.

Josiah Martin was born in London in 1843 but emigrated to New Zealand shortly after 1868. When he first arrived, he was mostly concerned with education; he was a teacher, a Headmaster, and helped to establish the Teacher’s Association in New Zealand and various new schools. He travelled back to London in 1879 where he was introduced to the latest technologies in photography at the Royal College of Chemistry. He was inspired to take this knowledge back to New Zealand and for photography to be his next venture.

Back in New Zealand, Josiah went about setting up a photographic studio and joined a photographic society in Auckland where he presented his work. He famously captured the eruption of Mount Tarawera, and his photos were shown in the Auckland Evening Star.  Josiah was obviously a man of many interests; he was editor of Sharlands New Zealand Photographer and a founding member of the Auckland Society of Arts. He served on the Auckland Institute Council from 1881-1892 and was the President of the Council in 1889. After his death in 1916, many of Martin’s photographic collections were donated to the Auckland War Memorial Museum.

Elizabeth Pullman and her husband, George, were also English born émigrés to New Zealand in 1861. They set up their own photographic studio in Auckland and were amongst the earliest photographers in the country. Indeed, Elizabeth is often credited as being the first female professional photographer in New Zealand. After George’s death in 1871, Elizabeth ran the studio on her own until it was sold to the Government Tourist Bureau just before her death in 1900. Pulman’s Photographic Studio left a legacy of many prints of historical interest, in both portrait and scenic subjects. Among the portraits are photographs of many important Maori chiefs of the North Island, including Tawhiao, the second Maori King, taken in Auckland shortly after he left his King Country stronghold. 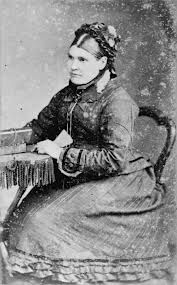 Both Josiah Martin and Elizabeth Pullman’s work are exemplary of the fascination with and exploration of distant cultures during the latter half of the nineteenth century. They captured not just the faces, but also the personalities of some of the most famous individuals in New Zealand at the time – often key figures in events negotiating the Maori’ and their culture and the British settlers.

A who’s who of sitters

Below is just a small sample of some of the individuals who sat for Josiah and Elizabeth.

Anehana –  he was Maori chief. He has a full facial ta moko (Maori form of tattoo – using chisel like instruments to create grooves in the skin and a sign of high status and respect), a feather in his hair and is wearing a Taniko bordered cloak.

Tuhoto  – was spiritual expert, a tohunga (meaning expert). He disapproved of the tourism and affluence of his villag. They were making money by showing tourists the Pink and White Terraces, and spending it on alochol and worldly pleasures which he said displeased the Gods. After the eruption of Mount Tarawera, Tuhoto was buried for four days without food and water but miraculously survived. The locals refused to save him as they believed that as he had predicted the natural disaster, he was somehow responsible for channeling the wrath of the Gods. He was saved by Europeans, who took him to a hospital, bathed him and cut his hair. In Maori spirituality, the hair is crucial and sacred. After his hair was cut, Tuhoto became week and soon died aged approximately 100 years old.

Sophia was a guide for tourists wishing to see the Te Wairoa to see the famous Pink and White Terraces, the Tuhourangi tribe saw an opportunity to profit from the attraction. They charged £2 to be rowed across Lake Rotomahana and £5 to make a sketch or take a photograph.

Below, are a further selection of photographs that Nicholas Wells Antiques has to offer in the exciting Maori Collection: