William of Orange: A Princely Portrait?

Standing proudly, a handsome, youthful man is pictured in armour, wearing a red sash over his shoulder and holding his helmet in his right hand. His long hair displays a natural wave, typical of the seventeenth century. The rocky landscape in which we see him,  another characteristic of seventeenth century portraiture, demonstrates his importance and prowess over nature. This young gentleman is sat within a magnificent 17th Century original Dutch giltwood frame,of a similar style later adopted & perfected by the master wood carver & sculptor Grinling Gibbons ( 1648 – 1721 ).

But who is the man in this beautiful portrait?

In the quest for answers regarding the sitters identity, representatives from the National Portrait Gallery in London identified that the sitter certainly bore a strong resemblance to Prince William of Orange, later King William III of England, in his teenage years.

The textures created, the sheen on the drapery of the sash and the tenderness of this young mans face renders the panting, undoubtedly, the work of an accomplished artist. Indeed, representatives from the Rijksmuseum, Amsterdam, have noted that this painting shows strong similarities with, and perhaps was influenced by, the work of the artist Willem van Honthorst

Willem van Honthorst ( 1596 – 1666 ) was a Dutch ”Golden Age” painter. Born in Utrecht, he was the younger brother of Gerard van Honthorst who was also an artist, both of whom were taught by their father, Herman van Honthorst, and the reputable artist Abraham Bloemaert. The two Honthorst brothers were known as followers of Caravaggio and both had very successful careers.

How could the artist have crossed paths with the Prince?

William of Orange, future King William III of England, sadly never met his father, William II of Orange, who died of smallpox, shortly before his birth. Following his death, the little Prince’s guardians were his mother, Mary (daughter of Charles I, sister of Charles II and James II of England), his paternal grandmother Amalia, and Frederick William, the Elector of Brandenburg, whose wife, Louise Henriette, was William II’s eldest sister.

Interestingly, Willem van Honthorst was announced as the court painter to the Countess Louise Henriette during the years 1647-1664, prior to her death aged 40 in 1667. 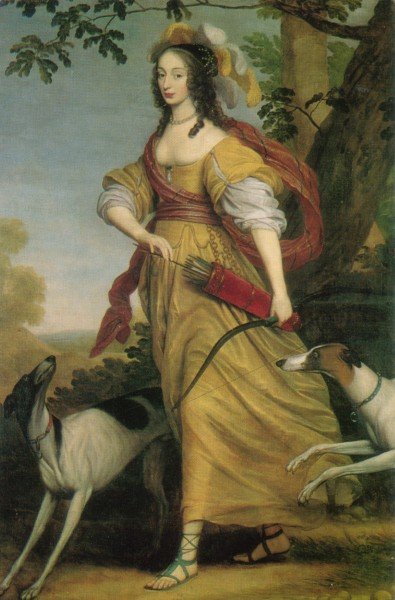 Considering that the Prince was partly under the guardianship of Louise Henriette and her husband, it is therefore not impossible that he could have sat for Willem van Honthorst and been present within their courtly circles.

Below, we have selected a couple of images depicting Prince WIlliam from a young age and through to adulthood. Whilst speculative, we believe that our portrait bears an exceptionally close resemblance to other existing depictions of William. In particular, his distinctive facial features, such as his slightly hooked nose, the eyebrows, his parting, eyes and mouth, all showing strong similarities to our portrait.  This, in addition to the circumstances of his guardianship and the artists presence as court painter to these individuals, lead us to propose that this is a portrait of Prince William of Orange.